Merchants and business people of the california gold rush 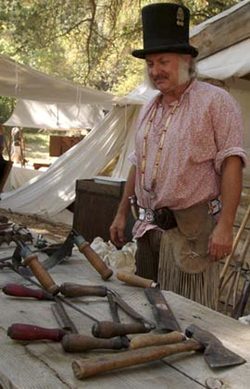 This is a Merchant selling Mining tools and other tools 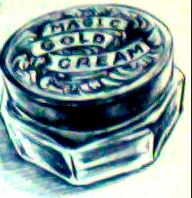 The Merchants of the California Gold Rush were successful people. However, they sometimes sold fake items, or books that had inaccurate or incorrect information.

Miners with no experience were sold fake items. One of those items was, gold attracting cream. Merchants also sold books that had wrong information. Merchants made a lot of money. Almost all of this money come from the Merchants' customers. Merchants sometimes made as much money as people who found a lot of gold. But, Merchants got about 1/3 of their money from the mining tools they sold. Mining tools were goods that were in incredibly high demand. Especially in Mining Camps.

There were some scenarios where a Merchant couldn't get the full price for an item. This happened when an item came to the Merchants from overseas [or on land] and it was slightly damaged because of poor packaging. This is why Merchants checked to make sure that the packaging was good﻿

The Businessmen of the California Gold Rush were also fairly successful people.

One example of a Businessman was Levi Strauss. He provided durable comfortable pants. Those pants are now called jeans. Levi Strauss' company is still alive today, in the forms of Levi's.

There was a reason that jeans and Levi Strauss' store was very popular. Miners didn't have good, durable, and comfortable pants to wear while mining and when not mining. When Levi Strauss created jeans, miners then had comfotable pants that they could wear, so Levi Strauss made a lot of money and he became a successful Businessman.

Another example of successful Businessmen are Henry Wells and William Fargo. They provided what many miners and other people needed and wanted: stability. The two men offered secure, honest banking, transportation, and even mail delivery. Their company became a well known, and famous bank. Their bank was called Wells Fargo. Wells Fargo still is a big bank today.

A third example of a successful Businessman was Samuel Clemens, better known as Mark Twain. His first job was a job as a writer for the San Fransisco Call. Mark Twain later became a famous author that wrote quite
a few famous books.

There are many companies and businesses that are big today, and their founders could have been during the time of the California Gold Rush.

The Businesswomen of the California Gold Rush were also very successful people.

Almost all Businesswomen sold food to miners. Others helped with their husband's businesses, helped their husbands mine, and were teachers for children that were in California during the Gold Rush.

There was one woman who sold biscuits to miners for 2-10 dollars. Even if her husband had found gold, she made a lot of money and became a successful Businesswoman.

There were two women that created a restaurant. Since miners didn't have such a vast sellection of food, and they were not good cooks, the restaurant was a good alternative. These two women became successful Businesswomen.

Thee were many other women that became successful Businesswomen because of selling food, helping their husbands with their businesses and mining, and teaching children that were in California during the Gold Rush. 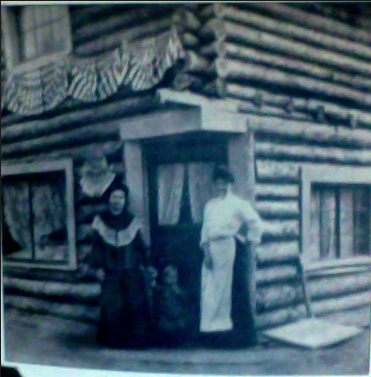